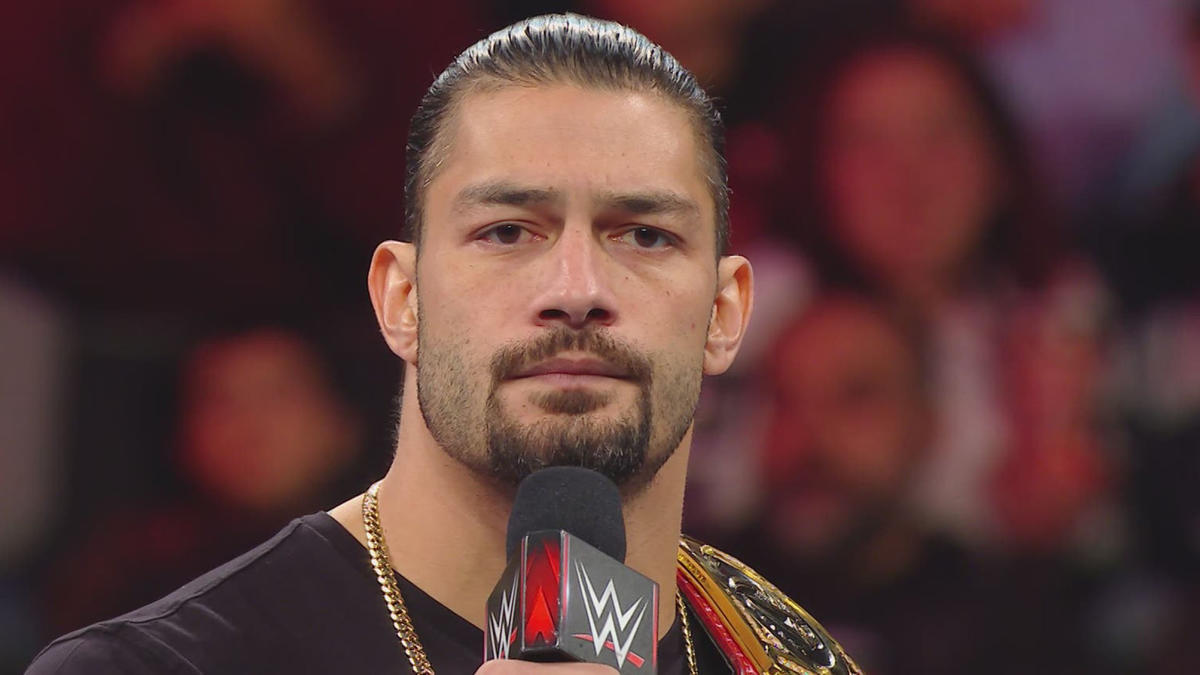 In the opening moments of Raw, Roman Reigns emerged to announce that he had been living with leukemia for 11 years and the disease’s return would force him to relinquish the Universal Championship and take a leave of absence from WWE.

Dressed in street clothes, The Big Dog mingled briefly with fans at ringside before dropping the persona of Roman Reigns to address the WWE Universe as Joe and detail his history of living with leukemia. In an emotional but optimistic address, Reigns recounted his initial diagnosis and remission in late 2008 and thanked the WWE Universe for making his dreams come true. He said he was going to go home to focus on his family and health, but he made one thing clear on the way out: “This is by no means a retirement speech.”

Speaking of the “faith” that had carried him through his life, Reigns promised the WWE Universe that he would return to “swing for the fences” at whatever curveballs life threw at him, with a final signoff before a tearful embrace with The Shield atop the ramp: “I will beat this, and I will be back, so you will see me very, very soon.”