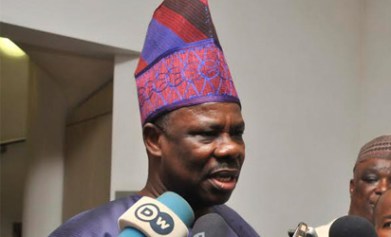 The Ogun State Governor, Ibikunle Amosun, on Monday continued his protest against the outcome of the All progressives Congress (APC) primaries in his state as he accused the National Chairman of the party, Adams Oshiomhole, of colluding with “a cabal in Lagos” to write fake results which produced Dapo Abiodun as the party’s governorship candidate […]